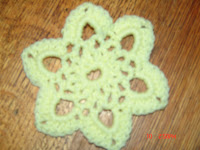 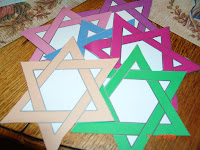 Jillian Curtis homeschools her sons Joshua 11, and Jarret, 10. Together they embarked on a project to learn about the Holocaust and honor those whose lives were taken. They have been collecting individually made Jewish Stars which represent loved ones lost. Thus far, they have collected upwards of 500 stars. They hope to display these beautiful works in a clear star-shaped box. I was so deeply touched by their story and I wanted to share it with my readers. It was an honor for me to interview Jillian, Joshua, and Jarrett.

Tell me about your Holocaust project. What inspired you to take on this type of project?
We collect homemade stars from people that put their creative talents into it. The stars represent the Jews that lost their innocent lives because of intolerance. I wanted to teach my children that acceptance is important, that we shouldn’t prejudge anyone. That History usually repeats itself. I wanted them to have a daily reminder with the memorial we’ll be building with all these homemade stars. I also wanted them to know not just the Jews were affected by intolerance, and that their souls shine brightly through the stars we have received.

How did you collect the stars?
We have gotten it all through the snail-mail.

How many have you collected?
500 and counting.

What did you learn from this project?
A lot of people died because of their unwavering faith. Intolerance still happens today. I will always remember the people who sent these stars.

What kind of response have you received?
A very good one. People from all over have heard about this project, not a day goes by that we don’t receive something in the mail.

How you got the word out that you were collecting the stars? Did you give people instructions or a template or are the all unique?
We got the word out mostly by my blog and emailing people, then by word of mouth. People created each one on their own.

Was there anything that resulted from this project that has surprised you?
Yes, I sent a email to Rabbi Shmuley from the TLC channel Shalom in the Home and got a response. We are so pleased with this. We are also going to be in our local paper.

Jillian and her children are a shinning example to their community, and their inspirational project will continue to touch lives and remind us all of the importance of freedom and tolerance.

You can read Jillian’s blog at
http://blog-me-til-midnight.blogspot.com/

To view a news feature about Jillian, Joshua, and Jarret, click here: