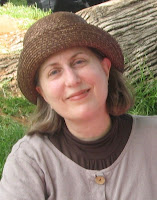 Libi Astaire is an author and freelance journalist who lives in Jerusalem. She is a frequent contributor to Mishpacha Magazine, an international Jewish weekly magazine, where she writes about Jewish history and art. The Disappearing Dowry is her first book to be published. Ms. Astaire grew up in Prairie Village, Kansas. She is a graduate of the University of Michigan, Ann Arbor, where she received a degree in Theatre, English Literature, and European History. She also received an M.B.A. in Marketing and International Business from New York University’s Stern School of Business. I was excited to speak with Libi about her fascinating debut historical novel.

Tell me about The Disappearing Dowry
The Disappearing Dowry is the first book in a new historical mystery series that’s being published by Zahav Press. The setting is London during the Regency period, which is a very popular era thanks to the books by Jane Austen. What makes “Dowry” unique is that it’s about London’s Jewish community – it’s a kind of “Jane Austen meets Sherlock Holmes,” but with a Jewish twist.

In The Disappearing Dowry readers get to meet my detective, Mr. Ezra Melamed, who is actually a wealthy benefactor of the Jewish community. Because he’s recently been widowed, he’s looking for something that will give new meaning to his life. He finds it when a fellow member of London’s Great Synagogue, Mr. Samuel Lyon, has his money stolen – including the dowry money for his eldest daughter, Hannah, who has recently become engaged. So Mr. Melamed’s mission is to restore the stolen money before the groom’s family finds out that Mr. Lyon has been financially ruined and they call off the wedding.

The decision to set the series in England was a natural one for me, as well, even though I grew up in Prairie Village, Kansas. For some reason, when I was young I was a big fan of everything English – the history, the literature, the idea of having afternoon tea. I remember the first time I asked a waitress at a Prairie Village restaurant for tea with milk, which is how the English drink it. Her eyes nearly popped out of her head. She didn’t know if I was pulling her leg or if I was out of my mind.

But to get back to your question, I was really looking forward to finally making use of this great storehouse of English trivia that I had accumulated over the years, and I just had to decide what time period to set the story in. I chose the Regency period because it’s an era that’s brimming with life and offers all sorts of possibilities for an author. The Napoleonic Wars are going on in Europe, the Industrial Revolution is just starting, and fortunes are being made and lost overnight on the London Stock Exchange. It’s also a very interesting time for the Ashkenazic Jewish community, which is only just beginning to establish itself both socially and financially. So I loved the fact that there would be so many different ways to develop the series and create interesting complications for the characters.

Was a lot of research involved?
Yes, but it was definitely a labor of love. It was very important for me to be able to visualize the details of my characters’ lives – where they live, how they dress, what they do with their time, etc. – so that I could create a world that would be convincing for the reader.

I was really happy when I came across a very detailed street map of London that was from the period. I knew, of course, that the center of Ashkenazic Jewish life was the Great Synagogue. But even though that narrowed things down considerably, I still sat with the map for hours trying to decide things like what street the Lyon family should live on, and where was the best location for Mr. Lyon’s fashionable clock-making shop.

Then I had to research the women’s dresses – including Hannah Lyon’s wedding dress – which was a great deal of fun to do. And, of course, I had to find out what was happening in the year that the story takes place. I chose to set the story in the year 1810 after I discovered that there was a financial panic in the summer of that year and many banks failed. That struck a sympathetic chord, after what’s happened to the world economy during the past year.

What is the most interesting thing you learned in the process of writing the book?
Listen to your editors! When we were first discussing the book, the editors were concerned that it was going to be too male-oriented because it has a male detective and Mr. Lyon is a central character. I didn’t think it would be a problem, since Mrs. Lyon and Hannah Lyon are also very important to the story. But I guess something from the conversation stuck in my brain, because a few days later I woke up to the “voice” of a “young lady” babbling in my ear.

I’m not a morning person, so I just turned over and went back to sleep. But this “young lady” was persistent. She came back the next morning, and the one after that, as well. I finally figured out that she was Hannah Lyon’s younger sister and that she wanted to be the narrator of the story. So that’s how the character Rebecca Lyon entered the picture. And I’m very happy that she did, because it’s her “young Jane Austen” voice that sets the tone for both this book and the entire series.

What is your favorite holiday?
I live in Jerusalem and so I do have to say that every holiday here is wonderful. But my personal favorite is Succos. Most people have off from work for the entire week and so during the day everyone goes visiting each other’s succah, while at night there are music concerts in all the neighborhoods. Of course, everyone tries to make at least one trip to the Kosel (Western Wall), and so the plaza area is packed day and night. And because Succos is zman simchoseinu – the time of our joy – everyone is in a really good mood, which is a pleasure to see. But it’s also very nice to sit quietly in the succah with a cup of tea and just enjoy having the very great privilege of living in this very beautiful, very amazing city.

Libi, thank you so much for sharing your journey of The Disappearing Dowry.

Libi’s novel about modern-day descendents of crypto-Jews living in Catalonia, Terra Incognita, is scheduled to be published by Targum Press in the Fall of 2009.