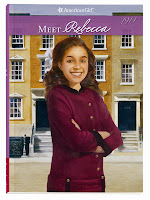 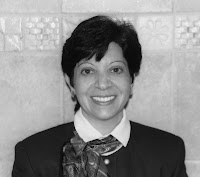 American Girl fans have been awaiting the newest addition to the historical doll collection. Her name is Rebecca Rubin and she was welcomed to the world on May 31. As with all the American Girl dolls, a series of books about Rebecca has been released.

Rebecca is a nine-year-old Jewish girl growing up in New York City in 1914 during the height of America’s immigration era. Written by award-winning author Jacqueline Dembar Greene, the stories offer insight into a unique time in America’s history, including the struggles of immigrants, the early days of the movie industry, and the fight for safe working conditions. Young readers will experience Rebecca’s loving extended family, the excitement of Coney Island and the sights and smells of the Lower East Side of New York.

The six Rebecca books are a wonderful contribution to children’s literature and I am honored to have the opportunity to interview Jacqueline Dembar Greene.

How were you chosen to be the writer for the Rebecca series?

That’s a question I wondered about myself! I was quite surprised to receive a call one afternoon from an editor at American Girl. She explained that they were interested in developing a new character, one that would feature a Jewish girl in an immigrant family. She asked if I would be interested in submitting a proposal for a six-book series to accompany the character. How could I refuse? When pressed about how American Girl decided to contact me, the editor mentioned that she had read my historical novels, Out of Many Waters and One Foot Ashore. She had also looked at online information about other books that I had written. I think that the company was interested in a Jewish children’s book writer who was familiar with historical novels. But some of this is just a guess! Mostly, I’d have to say it was my lucky day.

How much research was involved?

I recently checked the bibliography I compiled for the series and counted over 100 books. Most of them I read cover to cover.In addition to poking through libraries to discover books on obscure topics (like makeup for silent films), I watched several documentary films about New York City during the influx of Eastern European immigrants around the turn of the Twentieth Century.American Girl assigned an historical researcher to the Rebecca project. He was a wizard at finding a wealth of information just when I’d reached a dead-end. He found websites that answered questions for me, and provided illustrations and material from vintage catalogs on clothing, decorations, furnishings, and so much more. It was a luxury to have such support in finding information that I normally would have had to track down on my own.Another avenue of information was even more fun than sleuthing the library stacks.

American Girl sent a team of people involved in the Rebecca series to New York City for several days. A member of the art department, my editor, the illustrator, the historian, and I visited locations and museums that provided first-hand knowledge of the Lower East Side neighborhood where Rebecca lived. We visited Ellis Island and the Statue of Liberty, took tours through the marvelous Tenement Museum on Orchard Street, and went to numerous museums. The Jewish Museum, the Eldridge Street Synagogue, the Museum of the City of New York, the Coney Island Museum, and a long list of other places filled our visit. The weather cooperated with a lovely January thaw, and we tramped around the neighborhoods from East Seventh Street, where we imagined Rebecca could have lived, to Rivington Street where I placed her father’s shoe store. I snapped numerous photographs to spark my memory after I returned home, and took pages of notes. In between, sampled “authentic foods” in the local delis and bakeries. After all, how could we get into the spirit of our trip without fueling up with rugelach?

Was the writing process different than with your other books?

The Rebecca series was similar to my previous books in many ways. It is based on historical events, yet the stories are fiction. I spent a great deal of time doing background research until I felt as if I could step into a time machine, emerge in New York City in 1914, and feel quite comfortable. As with other novels I have written, I moved from gathering facts to conceiving of a main character. One I envisioned Rebecca’s personality and created her family and friends, I moved on to writing outlines of the plots.In many other ways, the project was quite different than working in isolation. Generally when I complete a book, I try to find an interested publisher, and then work with an editor to make revisions. With the American Girl series, the publisher found me, and I worked with the editor from the start.I had never written so many books about one character all at once. I had to think of how Rebecca might grow and change over a full year. Each book had to stand alone, yet also fit in with previous books in the series. It was a challenge to think of six book ideas that would wrap up neatly.There was another unique aspect to writing for American Girl—I didn’t have to write the books in a vacuum. I met with the editor or had occasional long phone discussions (with a break for lunch!) to think of different ways to solve a plot problem. Having so much support was helpful and energizing.

What is your favorite thing about Rebecca?

Like Gepetto who carved Pinocchio from a block of wood and saw him become a real boy, I feel as if Rebecca came to life as the stories were created. She began as an idea and stepped from my imagination into her own life. I hope she’s a girl that readers will care about. Above all, I like the way Rebecca finds a balance between keeping her family’s traditions and forging ahead in a changing American world. Sometimes, she starts off on the wrong path, but as events develop, she finds new approaches. Rebecca learns from her efforts, and from the people around her. She is always changing and growing into the person she wants to be.At the end of the sixth book, Rebecca says that she has come to feel that every person is like a member of a band, each playing her own instrument, but together creating a harmonious sound. I felt as if Rebecca had finally hit her own perfect note.

Jacqueline, thank you for sharing your author’s journey and for creating such a wonderful character for us to enjoy! To learn more about Jacqueline and her work, please visit her web site at http://www.jdgbooks.com/.

For more information about Rebecca and other American Girl dolls, visit http://www.americangirl.com/